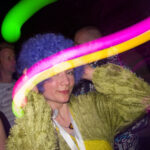 4 replies on “Festinho – Size Isn’t Everything”

Very well written! What a lovely festival it was!

Great review, I was wonderfully suprised by the calibre of the music – not expecting it to be as good as it was and can’t wait for next year!

Couldn’t agree more with your words. Just loved it, especially the Silent disco and AGT Rave cru. Made my weekend. How much fun can a bunch of 30-50 year olds have? Wow, amazing. See you next year! 🙂